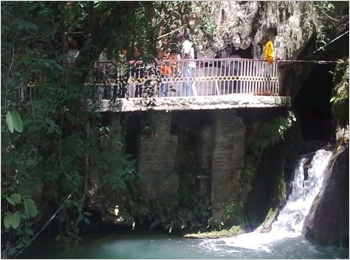 Baba Dhanasar is located in Karua jheel(Pond) nearby a village called Karua.Baba Dhanasaris about 17 kms from a place called Resai that is towards Katra in Resai district of Jammu & Kashmir state, India. The temple is a great place of reverence. 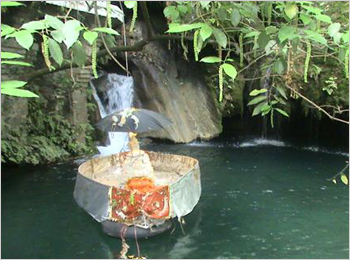 The Colossal temple , has an approach that involves a walk of nearly 200 meters from the road. There are numerous natural shivlings (swayambu) on which the droplets of water is descended the whole year constantly.In this place a colossal spring emerges from the rocks in a form of thick groves of the trees. These thick groves of trees form many small cascading waterfalls that flows ultimately to the Holy Rivulet which merges with the Chenab River.Karua jheel is considered sacred where the devotees aren't allowed to take bath. However, the devotees may take bath in the downstream. People believe that their wishes are fulfilled if they bathe in the Karua jheel's stream and pray with complete faith. Apart from the temple, during Shivratri a big fair(Mela) is held chiefly for the devotees or the yatris visiting the place. 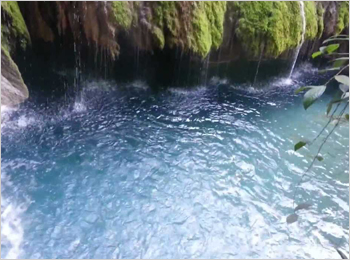 There is a mythological belief that once God Shiva went to Amarnath cave to apprise Parvati the story of his immortality. While going towards the cave he left his serpent King, Shesh Nag at Anantnag. Shesh Nag was in a human form as Vasudev. Vasudev had a son named Dhanasar and he was a saint.As the local beliefs are, that in the ancient times there was a Demon who lived near a place called Karua Jheel (Lake). That Demon was very cruel and committed atrocities on the people living in the Karua Village.The villagers went to Baba Dhannsar and asked for help, to get rid of that Demon.It is believed that Baba Dhannasar prayed to God Shiva for help. God shiva appeared and assassinated the Demon. 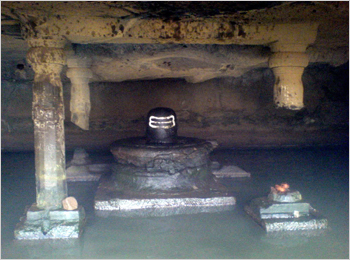 A big fair is held here during shivratri, for the provision of the yatris visiting the place, the shrine board has taken few steps for the evaluation which includes the construction of a Dharamshala.