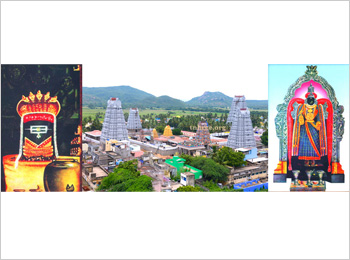 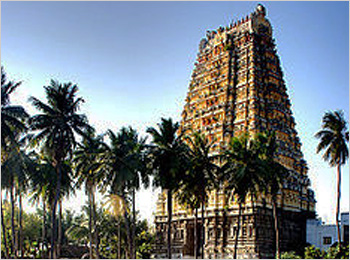 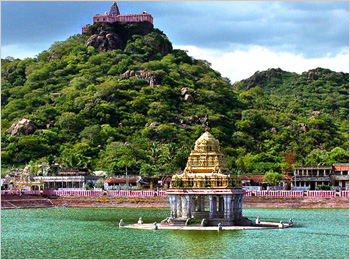 The large temple located atop the mountain houses the deity of Vedagiriswarar. Lord Siva gives darshan as a swayambu Lingam with a kavasam.There is a temple at the foothills which is dedicated to Thirupurasundari amman. Normally, the abhishekam to Ambaal is only for her feet. Only thrice, in the months of Adi (Uthram), Puratasi (Navami) and Panguni (Uthram), Abhishekam is done to the entire idol. It is surrounded by four gopuras which resemble the temple architecture of Thiruvannamalai Annamalaiyaar temple. It is believed that the four vedas appear as four hills and the Lord is seated in a temple a top the hill which is Atharvana Veda. For this reason, the four Saivaite saints sang the praise of the Lord from the foot of the hill, unwilling to step on the veda (hill). The four Naayanmaars and the greatest Saiva poets Appar, Sundarar, Manickavasagar, Thirugnanasamandhar collectively known as ‘Naalvar’ came together at this place and sang the praises of Lord Siva and there is a separate temple dedicated to them in the place called ‘Naalvar kovil’. Tamil devotional poet Arunagirinathar composed many of his hymns of Thirupugazh in Thirukazhukundram. 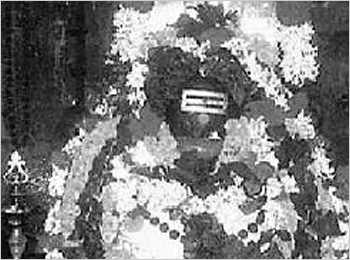 The speciality of this temple is the fact that two eagles visit the temple everyday and take the naivedya prasadam offered by the priest. The story goes thus. The eight Brahmaputras prayed to Lord Siva to achieve Sarooba Padavi. When Siva appeared before them to grant the boon, they changed their minds and asked for Sayujya Padavi. Enraged by their capriciousness, Lord Shiva cursed them to be reborn as eagles. The worshippers begged forgiveness; Lord Shiva showed them some mercy. They were to be reborn as holy eagles, two in each yugam (an epoch of the Hindu calendar) and attain Sayujya mukti by worshipping Lord Siva sincerely.

Locals believe that out of the eight Brahmaputras, six have already attained their wish by being born as eagles and worshipping the Lord. The remaining two Brahmaputras are said to be the two eagles that have visited Thirukazhukundram daily since time immemorial, in order to worship Shiva and obtain salvation from the curse. It is said that after a bath in the Ganges in the morning, they come to the site at noon for food, reach Rameswaram in the evening for darshan and return to Chidambaram for the night. The theertham is Changu theertham and the sthala vriksham is kadali (plantain) tree.The changu theertham is the place where Maarkandeya Munivar performed penance. Every twelve years the changu appears in the theertham.

The temple itself is rather simple and plain, but the view is quite beautiful, enabling one to see the town itself and the countryside with its many rice paddies. This sthalam is also called as "Indrapuri" and "Narayanapuram" as Indran and Sri Vishnu worsipped the sthala Perumaan.

Egyptian Vultures and Eagles  have repeatedly visited this temple for centuries. These birds are traditionally fed by temple priests.

Tirukalukundram is located 43.2 KM away from the nearest Airport 'Chennai '.