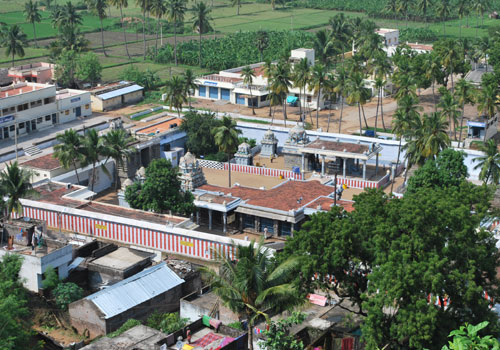 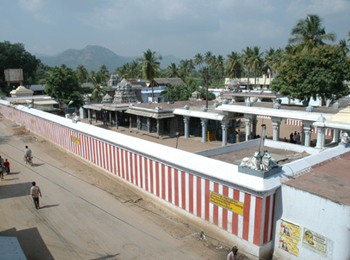 The main entrance of the temple is facing east. The Rajagopuram on the main entrance has three storeys and five kalasams (finials). Beautiful stucco figures of Parsuramar, Renugai, Lakshmi, Saint Jamathakni, Meenakshi, Subramaniar and Brahma are found on the Rajagopuram. From the inner side of the main entrance there is a long corridor with pillars on both sides which leads to flag staff, Nandi and Palipeetam. Bell tower and Temple Kitchen are at the left side of this entrance. Vahana Mantapams and temple office are situated at south Prakaram. Moving through south Prakaram we can see the Vinayagar shrine at south west and Subramaniar shrine (with his consorts Valli and Devanai) at north west. Both the shrines are facing east. Devotees used to assemble at the small front mantapams of these shrines to perform austerities.

Renugai Amman Moolavar Sannathi is east facing. In front of Sanctum Sanctorum is Artha Mandapam. Stainless steel pipes are fixed to enable the devotees to come in queue and offer their heartful prayers to Goddess Renugambal. A temple hundi is also kept in this Mandapam.

Next to Artha Mandapam is a spacious Maha Mandapam. Two "dwarapalagis" guard the entrance of Arthamandapam. Beautiful sculptures depicting various scenes from puranas are found on the pillars of Mahamandapam. Utsavar Sannadhi is located at the Northern side of Maha mandapam facing south. Few stone steps from Mahamandapam lead us to Utsavar Sannathi. Inner side of the eastern walls of Mahamandapam carries stone inscriptions. Colourful paintings portraying the story of goddess Renugambal are fixed on the eastern walls. The Nanakarshna Chakram consecrated by Adi Sankarar is found at eastern side of Mahamandapam facing the Goddess Renugambal Amman. 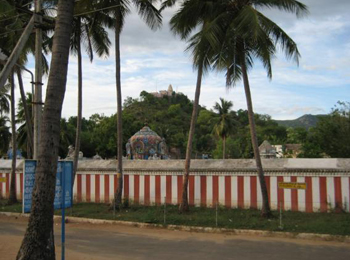 Amman in the temple is a swayambumurthy - head alone. This is one among the Shakti Peetas. Against the kumkum Prasad offered in Shakti temples, only sand is offered here. 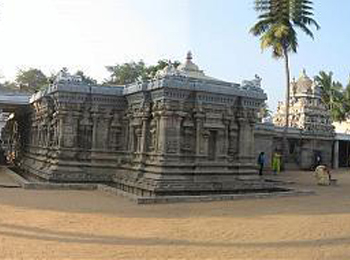 When Mother Uma Devi was born to Eraivadha Maharaja, the king of Vidharppa Desam, she was named Renugai. When she attained the marriageable age, Renugai traveled the world accompanied by her friends and an army in search of a suitable husband. She arrived at Kundalipuram, where saint Jamathakni was doing penance. Renugai camped near the ashram with the soldiers. A war then broke out between the sage's disciples and her soldiers. Mother Durga who had accompanied Renugai created havoc by creating fire from her third eye. To calm the situation, the sage brought all the Theerthas from the three worlds into his Kamandalam and poured it. That water turned into a big river called Kamandala. When a voice from heaven told Renugai that saint Jamathakni would be her husband, Renugai requested the saint to marry her. The saint agreed and later they had a son called Parasurama who was an avatar of God Vishnu. 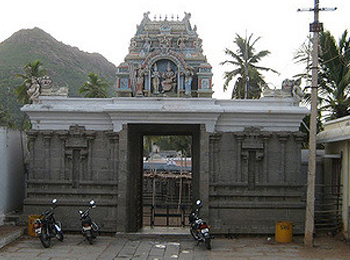