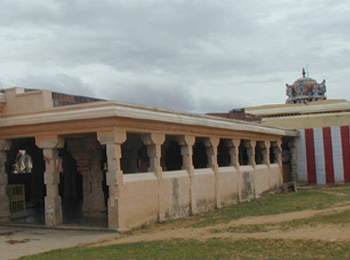 The Sri Tholaivillimangalam Temple, in Tirunelveli is the home the God Mahavishnu. Tholaivillimangalam is one of the 108 observed Divya Desas of Vaishnava places of worship. It is at a distance of 22 km from Tirunelveli. The temple is a part of a group of temples built by Pandyas and expanded later on by Madurai Nayaks during their reign. The temple is glorified in the Divya Prabandha, the early medieval Tamil canon of the Azhwar saints from the 6th-9th centuries AD. God graces in the temple under the Gupta Vimana (tower) in the sanctum Sanctorum. Devotees perform Tirumanjanam and offer Vastras to God and Mother. 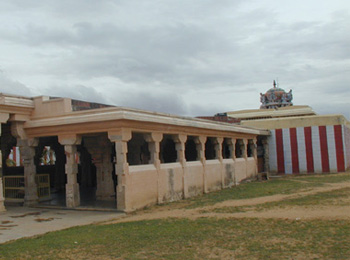 There are nine revered places of worship in this Pandya locale equivalent to those in the Chola district attributed to the nava grahas. As God Vishnu Himself is believed to be gracing in these sthalas as the nine planets in these spots, there are no separate holy places for the navagrahas. Those affected by any of these planets are encouraged to visit the Nava – nine Tirupathis for remedies. The two temples located near Tentiruperai are addressed as Irattai (twin) Tirupathis. This is one of the 108 Divya Desas, where mangalashasanam has been done by alwars. The temple is situated in the midst of thick forest. There are not much dwellings here. Sage Nammalwar had sung 11 Pasurams (verses) on the glory of the deity in this place. The temple is attributed to the Chaya Grahas, Rahu and Ketu. Given below are the 9 nava graha sthalas.

100 yards North of Devapiran temple is the Aravinda Losanar temple. Pleased with Sage Suprabar's dedication of offering Lotus blossoms consistently without fail, God gave darshan in nindra kolam - a standing posture. As he decorated himself with the Lotus blooms, he is alluded to as Aravinda Losanar. Conviction is that the individuals who offer true supplications to God here with Lotus blossoms will be mitigated from their wrongdoings. In the Thiruvoi Mozhi Verse on Aravinda Lochana Divya Desam, Nam Azhvaar alludes to this prosperous temple as being in Thulai Villi Mangalam on the Northern Bank of Porunai River (Tamaraibarani) where there was consistent Vedic Chanting and where the women were continually expressing the name of 'Aravinda Lochana'. 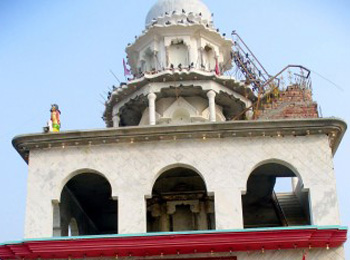 Venkateswara, otherwise called Srinivasa, Balaji, Venkata, and Venkatchalapati, is a type of the Hindu god Vishnu. Venkateswara's most conspicuous place of worship is the Tirumala Venkateswara Temple situated in Tirupathi, Andhra Pradesh in Southern India. 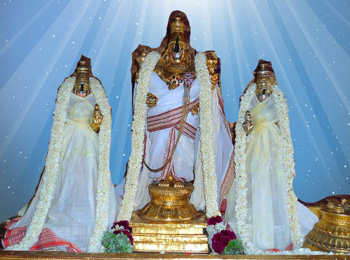 Legend has it that a man and a lady who had been reviled by Kuberan to accept the types of a measuring scale (Tulai) and a bow (Villi), were soothed of their condemnation by a sage Atreya Suprabha here, thus the name Tulaivillimangalam. Legend additionally has it that Indra, Vayu and Varuna loved Vishnu here. The senthaamaraikkannan - Aravindalochanan temple has an alternate arrangement of legends identified with the Ashwini twins loving Vishnu here with red lotus blooms.

In Tamil month Margazhi, Vaikunda Ekadasi in December-January (the 11th day from the New Moon day) is grandly celebrated in the temple.

Those confronting any unfavorable part of a planet are encouraged to visit the Nava - nine Tirupathis for help.People pray for successful marriage alliances and progress in education and for Salvation, Wealth, Relief from ailments.

The Nearest Airports are at Thiruvananthapuram and Madurai.

The Nearest Railway Stations are at Tirunelveli, Tiruchendur.

Tirutholaivillimangalam is about 39 kms from Tirunelveli. Of the sacred places dedicated to the planets, this is the one most difficult to reach. We have to go to Mangalakurichi which is about 2 kms. from Perungulam, walk on the canal bank for about 3 kms., cross the canal and reach the place or walk about 3 kms. from Alwar Thirunagari and crossing river Thamiraparani, we can reach this village. Adequate bus-services are avilable from Tirunelveli/ Tiruchendur.