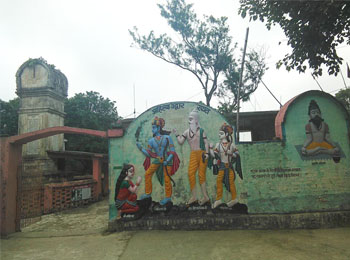 The ancient temple of Ahilya Asthan is located at Ahiyari in Darbhanga, Bihar. The temple is located almost 3kms away from the Kamtaul Railway Station. As per a legend in Puranas regarding Sage Gautam and Ahilya, his wife the place was known to the devotees as Ahilya gram. According to the historical story in Ramayan, God Ram touched a stone on his way to Janakpur and the stone then turned into a woman. The woman was Sage Gautam Rishi’s wife Ahilya who was cursed by his husband and had turned into stone. This temple is considered to be a vital part of the Ramayana where Sage Gautam Rishi and Ahilya are worshipped with great devotion. 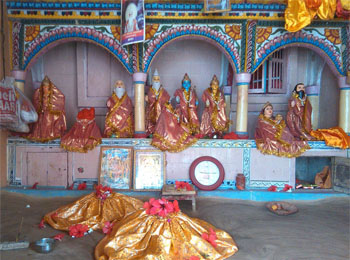 The temple was built during the reign of King Rudra Singh and King Chhatra Singh in 1662-1682. The temple was constructed beautifully and is known to be the 1st Ram Janki Temple of the nation which enshrines a stone with foot prints of the wife God Ram that is Goddess Sita. The temple is also dedicated to Gautam Rishi’s wife Ahilya and huge fairs are organised during a year for celebrating festivals like Ram Navmi, Vijay Panchami etc. Ram Navmi is celebrated in the Hindu month of Chaitra while Vijay Panchami is celebrated in Agrahayan.

How to Reach Darbhanga

The devotees can visit the temple by arriving at the nearest airport of Patna which is only 120kms away from the temple.

The railway station of Darbhanga is nearest to the temple. Frequent direct trains are available from Patna, Bangalore, Pune, Delhi, Mumbai, Chennai, Kolkata etc. The train takes about 22-24 hours from Delhi to Darbhanga.

Frequent road transport is available from Patna and Muzaffarppur till the temple in Darbhanga which is situated on National Highway 57. Patna is about 4 hours away from Muzaffarpur is about 3 hours away.