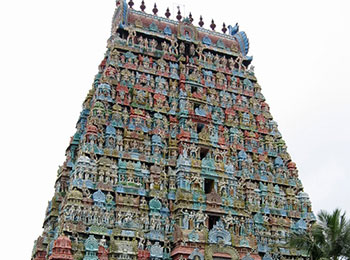 The Adi Kumbeshwarar Temple is dedicated to Lord Shiva and is located in Kumbakonam, in Thanjavur. 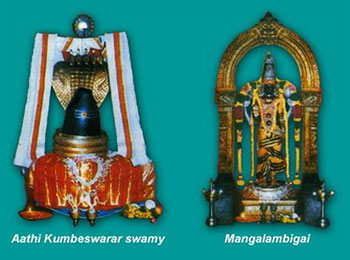 The temple is huge and has beautiful artwork. In the Navarathri Mandapam, there is a large block of stone which depicts the 12 zodiac stones and 27 stars. The temple also has an impressive collection of silver Vahanas that are used during festivals to transport the deities. Architectural brilliance can be witnessed at this temple in the three Gopurams and three Prakarams (or corridors).

It is believed that the present temple was renovated during the 16th century by the Chieftain of Achutha Nayakar of Thanjavur Govinda Theeksithan. The eastern Gopuram is has 9 storeys and is a height of 128 feet. The temple has separate shrines dedicated to Lord Muruga, Mangalambigai and Ganapati in the temple complex. The complex also houses Mangala Theertham as well as a marriage hall. Legend has it that Govinda Theeksithan, the Chieftain of Achutha Nayakar of Thanjavur, revoted this oldest temple during 16th Century. Mangalatheertham and Mangalambigai are other major constituents of this temple.

The temple is believed to be one of the 64 Saktibheta sthala (Mantrabheta sthala). The Shiva Linga is slightly tilted at the top towards left and hence the name kumbakonam (kumba pot, konam bend). This temple also contains two nadaswarams made out of stone. The shrine for Kumbariya Vinayakar is situated near the tank and Aadi Vinayakar is worshipped in the temple itself. The Hindu festival of Mahamaham is associated with this temple. It is reported to be more than 1300 years old. The temple is revered by the Tevaram hymns of 7th century Saiva nayanars Tamil saint poets and is also classified as a Paadal Petra Sthalam (temple revered by the nayanars). It is believed that after the deluge and just before the advent of Kaliyuga the celestial pot containing the nectar containing the seeds of life came to rest here. Lord Shiva, dressed as a hunter, shot an arrow at the pot held by Brahma and broke it, making the contents spill. It resulted in the revival of life. Kumbham means the pot and Konam means crooked the pot the broke when Shiva's arrow hit it. The place where the nectar fell is the Mahamaham tank. The name of the town Kumbakonam is thus derived from Kumbeswaran temple. Adi Kumbeswarar is the presiding deity of the temple and the shrine is located in the centre. Kumbeswarar is in the form a lingam The shrine of Mangala Nayaki is located parallel to the of left of Kumbeswarar and Somaskanda is located to the right. The images of Nalvars (Appar, Sambanthar, Sundarar and Manickavasagar), images of the sixty three Nayanmars, Virabhadra, Saptakannikas, Visalakshi, Visvanatha, Valam Chuzhi Vinayaka, Bhikshatana, Karthikeya, Annapurani, Gajalakshmi, Mahalakshmi, Saraswathi, Jasta Devi, Durga, Chandikesa, Kuratirtha, Arukala Vinayakar, Nandi, Bali peetham, Sabha Vinayaka, Kasi Visvanatha, Nataraja are located in the first precinct around the sanctum. The temple also has images of Navaneetha Vinayaka, Kiratamurti, Bhairava, Jvarahareswara, Chaota Sri Govinda Dikshits Nagammal, Chandra, Surya, Adikara Nandhi (the sacred bull of Shiva), Vallabha Ganapathi, Shanmukha, Navagraha (nine planetary deities), Nandhi, Lakshmi Narayana Perumal, Mutra Veli Vinayaka, Bala Dandayutapani, Nandhi, Vanni Vinayakar, Kumbha Munisiddhar, Kumarappar, Adilinga and Sattananthar. Chamber of repose, decoration hall, Sacrificial hall, grand kitchen, marriage hall, elephant shed, Vasantamandapam, cattle shed, garden and four pillared hall are other notable parts in the temple. The flag mast is located in the second precinct, directly on the axis of the presiding deity. The Mahamaham tank, Potramarai Tirtha, Varuna Tirtha, Kasyapa Tirtha, Chakkara Tirtha, Matanga Tirtha and Bhagavad Tirtha (bathing ghats along the river Cauvery) are the seven outlying water bodies associated with the temple. Mangala Kupam Asva, Naga tirtha, Kura tirtha are the three wells, while Chandra tirtha, Surya tirtha, Gautama tirtha and Varaha tirtha are the four tanks located inside the temple. Appar, the 7th Century Tamil Shaivite saint poet and nayanar has revered Erumbeeswarar and the temple in his verses in Tevaram, compiled as the Fifth Tirumurai. As the temple is revered in Tevaram, it is classified as Paadal Petra Sthalam, one of the 276 temples that find mention in the Saiva canon. The temple is counted as the seventh in the list of temples in the southern banks of Cauvery. Appar has glorified the temple in nine poems referring the place as Erumbiyur and the deity as "Kumbesar" 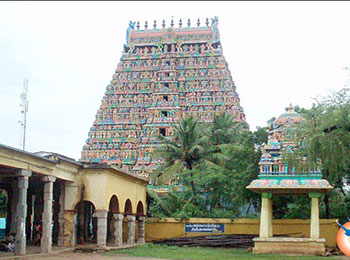 The presiding deity is Shri Adhi Kumbeswara and Goddess Mangalambika is the Lord's consort. 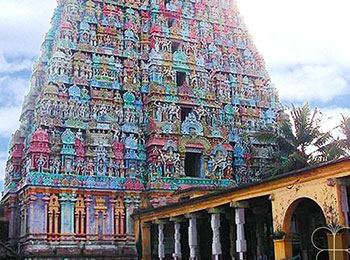 Legend has it that Shiva himself, in the guise of a hunter Kiratamurthy, created the lingam in this temple when he mixed the nectar of immortality with sand. 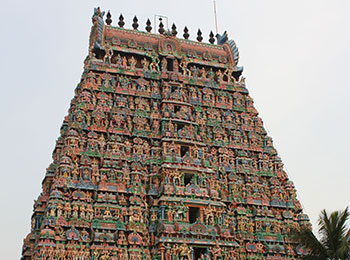 Theerthavari festival is celebrated in the Mahamagam tank on Masi Magam (February-March). Sabthasthanam festival in Chithirai (April-May) when the Lord and Mother visit 7 places at a distance of 20 kilometres. Tirukalyanam (wedding festival) in Vaikasi (May-June), Tirumanjanam in Aani (June-July), Aadi perukku and Aadi Pooram (July-August), Panguni festival (March-April) with special pujas, Butter pot festival on the Aswathi star day in Masi (February-March), on the 8th day, and the procession of Panchamurthis are the festivals grandly celebrated in the temple. Masimagam is the biggest festival in Tamilnadu.

Appar, the 7th century Tamil saivite saint poet and nayanar has revered Erumbeeswarar and the temple in his verses in Tevaram, compiled as the Fifth Tirumurai. As the temple is revered in Tevaram, it is classified as Paadal Petra Sthalam, one of the 276 temples that find mention in the Saiva canon. The temple is counted as the seventh in the list of temples in the southern banks of Cauvery.[18] Appar has glorified the temple in nine poems referring the place as Kudamuku and the deity as "Kumbesar".[17][18] The mention is found in the 59th poem in the Third Tirumurai by Sambandar and 22nd poem in the Fifth Tirumurai by Appar. The temple is one of the Shakti Peethas where Parvathi, the consort of Shiva is consecrated as a major deity. Mangalambigai is known as Mantira Piteswar