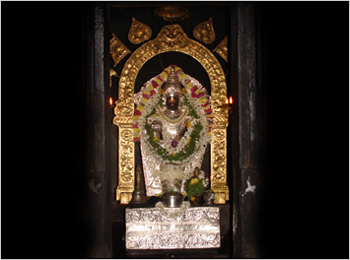 The Seemanthooru Janardana temple was established by Bhagawan Parashurama. It is one of the several temples in the Tulu Nadu region that was established by Parashurama. According to Shastras, temple idols established by Rishis and Aparoksha Gnanis (realized souls) never get “damaged.” A few hundred years ago, the idol of Janardana was damaged. A few villagers got together and made a new idol and established the same, after which the temple and village declined. Upon enquiring with scholars, it emerged that the original idol still has the full Sannidhana and hence the problem. The idol was repaired and placed back. The original idol is now known as “Adi Janardana” and the new idol is also within the same temple. Hence this unique temple has two Janardana idols! Another unique feature of this temple is that it is one of the very few temples in Tulu Nadu that does not have a Ganapati idol! Seemanthooru Janardana is the “Akhilanda Koti Brahmanda Nayaka” and hence there is no other idol! But several Vishnu temples in Tulu Nadu do have Ganapati idols and hence Seemanthooru is really different. 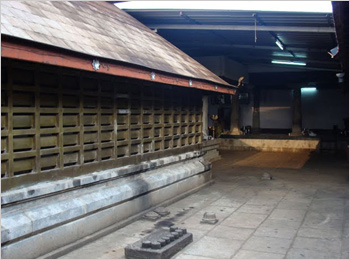 Janardana is a name of Vishnu and appears as the 126th name in the ‘Vishnu Sahasranama’. According to Adi Sankara' s commentary on the ‘Vishnu Sahasranama’, translated by Swami Tapasyananda, Janardana means “One who inflicts suffering on evil men.” Alternatively, it means, “He to whom all devotees pray for worldly success and liberation.” Sri Adi Janardana temple at Shimantooru – like in several other Janardana temples (the one at Ambalpady, for example) – the image of the Lord does not hold a padma in his lower right hand. Instead of a lotus he holds a pinda, a rice ball of the kind used in shraddha rituals. The significance is obvious. Pindas, or rice balls, form an important element in the performance of shraddhas. A pinda represents the human body. It is made from anna, cooked rice, just as the human body grows from the food we eat. In the shraddha ritual, the performer lovingly shapes and makes pindas from well-cooked rice as temporary bodies for his forefathers to come down from swarga and occupy, and receive his offerings of arghya, padya, etc. After the ritual is over, and the forefathers go back to swarga, the visarjana of the pindas is done (just as is done in the case of clay images of deities after the poojas are over) in a body of water - a tank, a lake, a river or the sea.

Western philosophy speaks of macrocosm and microcosm. Macrocosm is the universe, and the human body is the microcosm – an epitome of the whole universe in miniature. The Indian words for them are brahmanda and pindanda. Our bodies – our pindandas – are given to us by the Lord, who has also created the brahmanda. He gave us our bodies, and our lives, so that we could perform our karmas. Our ancestors too had their role in the creation of our bodies: we all have genetic traits that come from our ancestors. So Janardana holds a pinda in his hand to show us, firstly, that He gave us our bodies, and secondly that He is the one who presides over all rituals connected with ancestral worship. So He is the one we must pray to, for our physical, mental and spiritual health; for connecting us with our forefathers; and to keep our family tree growing and prosperous.

Mythology tells us that Lord Parashurama himself founded the temple and installed the image of Janardana. He wrested the entire Western coast – the land west of Sahyadri from Gokarna to Kanyakumari – from the sea. He stood on a peak of Sahyadri, threw his battle axe into the sea and asked the sea to withdraw from the land up to the point where his axe fell. The sea obediently receded. The land thus reclaimed came to be known as Parashurama Kshetra. Parashurama built several temples in this reclaimed land, and the temple at Shimantooru is believed to be one of them.

A book called ‘Grama Paddhati’ tells us that the Kadamba king Mayuravarma brought Brahmins of several Gotras from the north and settled them in thirty-two villages of Tulunadu to perform poojas and other rituals in temples. Those who came to Shimantooru were of Kashyapa gotra. Their family names were Seemantooraya, shibarooraya, Asarannaya, Munnooraya, Mucchantaya, Madikulaya, Sedikulaya and Perannaya. These families have left Shimantooru and settled down in different parts of the country, and even abroad. But their Kula devata is Adi Janardana – though some of them may not know it as they, after leaving Tulunadu, have dropped their Tulu family names and adopted surnames like Rao, Acharya and so on. 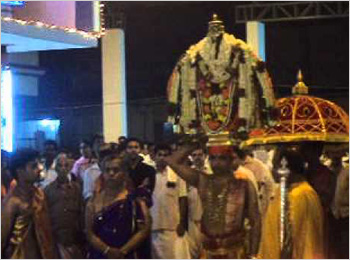 The Nearest Airport is Mangalore International Airport. The Nearest Railway Station is Mulki Railway Station (2 Kms). From Mangalore, reach Mulki using the Udupi highway and then turn right towards Kinnigoli. About 2kms later, you will find a temple arch. Turn left and travel 1km.