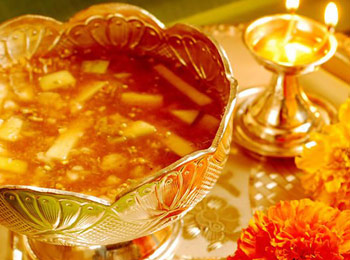 Ugadi or Yugadi is celebrated as the primary day of the year by individuals of Andhra Pradesh and Karnataka. On this day new Samvatsara, which is a cycle of sixty years, begins. Each of the sixty Samvatsara is recognised by one of a kind name. Ugadi is observed as Gudi Padwa by the general population of Maharashtra. Both Ugadi and Gudi Padwa are observed around the same time.