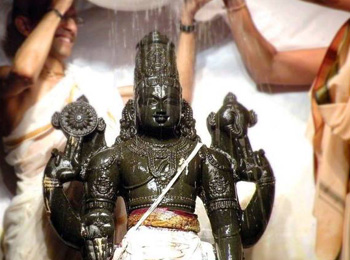 The second day of Saraswati Puja during Navratri is Saraswati Pradhan Puja day.

The legendary Sandhi Puja is also falls on Maha Asthami. The time window of the last 24 minutes of Ashtami Tithi and the first 24 minutes of Navami Tithi is known as Sandhi Time or the holy juncture during Durga Puja. Sandhi time is considered the most auspicious time during whole Durga Puja. Sandhi Puja is the culmination point and the most important ritual of Durga Puja. It is customary to perform Balidan or animal sacrifice at this sacred juncture. Devotees who abstain from animal sacrifice perform symbolic Bali with vegetables like banana, cucumber or pumpkin. For Brahmins any type of animal sacrifice is prohibited by scriptures and Brahmin community does only symbolic Bali. Even the famous Belur Math in West Bengal does symbolic Bali with banana during Sandhi Puja. It is customary to light 108 earthen lamps during Sandhi Kaal.

Sandhi Puja has special significance during Navratri Puja. It is done at the juncture when Ashtami Tithi ends and Navami Tithi starts. It is believed that Devi Chamunda was appeared during this time to kill demons Chanda and Munda.

Sandhi Puja prevails for two Ghatis which approximately lasts for 48 minutes. Sandhi Puja Muhurta might fall at any time during the day and Sandhi Puja is done during that time only. You might also be interested in complete Shardiya Navratri Calendar and Durga Puja Calendar.