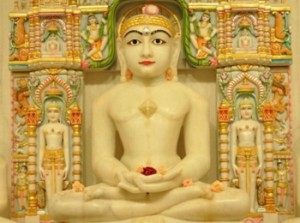 An Equinox is an astronomical event that happens twice, once in spring and once in autumn, each year when the tilt of the Earth's axis is inclined neither away from nor towards the Sun. During Equinoxes the tilt of the Earth (with respect to the Sun) is 0° and because of it duration of the day and the night are almost equal on Equinox day i.e. 12 hours.

To avoid any confusion Equinoxes are preferably referred as March Equinox (Northern Equinox) and September Equinox (Southern Equinox). In Hindu astrology Autumnal Equinox is known as Sharad Vishuva or Sharad Sampat. Due to precession Hindu equivalent of Autumnal Equinox has drifted apart and celebrated on Tula Sankranti.

Rohini Vrat is significant fasting day in Jain community. Rohini Vrat is mainly observed by women for the long life of their husbands. Rohini is one of the Nakshatra out of twenty-seven Nakshatra in Jain and Hindu calendar.

There are twelve Rohini fasting days in a year. Usually Rohini Vrat is observed for three, five or seven years continuously. The advisable duration of Rohini fasting is five years and five months. Rohini fasting should be finished with Udyapana.