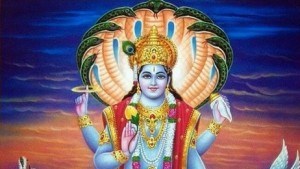 Onam is a Hindu festival celebrated by the people of Kerala. Onam is Malayali festival which is celebrated by native speakers of Malayalam. Onam day is decided based on Solar Calendar. Onam is celebrated in Chingam month on Malayalam Solar Calendar. Chingam month is known as Simha month in other solar calendars and Avani month in Tamil Calendar. The day when Nakshatra Thiruvonam prevails in month of Chingam is considered for Onam celebrations. Thiruvonam Nakshatra is known as Shravana in other Hindu Calendars.

The festival commemorates the appearance of Vamana avatar of Vishnu and the subsequent home coming of the legendary Emperor Mahabali. Onam celebrates the Asura King Mahabali's annual visit from Patala (the underworld). On Thiruvonam day, Asura King Mahabali is believed to visit every Malayali home and meet his people. The celebrations of Onam start on Atham day (the day when Atham Nakshatra prevails) and continue for 10 days till Thiruvonam day. Atham Nakshatra is known as Hasta Nakshatra in other Hindu Calendars.