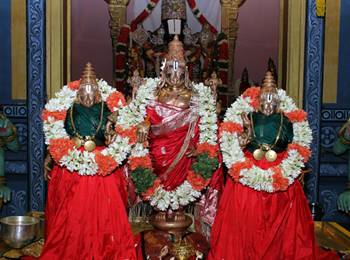 Mangala Gauri Vrat is observed by married women on each Tuesday in Hindu month of Shravana. Women, especially newlywed, observe it to seek conjugal bliss from Goddess Gauri. Shravana month is also known as Sawan month in North India.