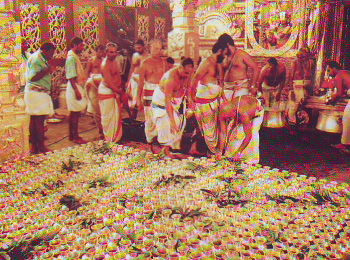 Although Karthigai day is observed every month but the most significant day falls in month of Karthikai (which is same as Solar month Vrischika in other Hindu calendars). DrikPanchang lists all Karthikai days in the year including the most significant Karthikai day which is known as Karthikai Deepam.Karthigai festival in Tiruvannamalai hills is very famous. On Karthigai day, a huge fire lamp is lit up on the hill, visible for several kilometers around the hill. The fire or Deepam is called Mahadeepam, Hindu devotees visit here and pray to God Shiva.