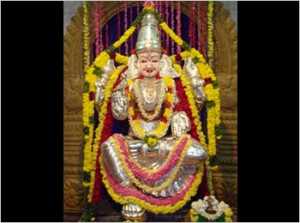 Bhuvaneshvari Jayanti is observed on the Shukla Paksha Dwadashi day or the twelfth day amid the waxing period of moon in Bhadrapad Month. Exceptional pujas are hung on the day in Shakti Temples in North India.