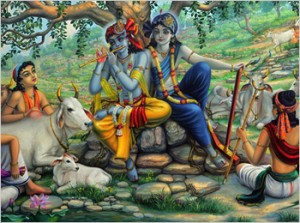 Lord Balarama is worshipped as the eighth incarnation of Lord Vishnu. The birth anniversary of Lord Balarama is observed as Balarama Jayanti. Balarama was the elder brother of Lord Krishna. He is also worshipped as an Avatar of Adishesha, the serpent on which Lord Vishnu rests. Balarama is also known as Baladeva, Balabhadra and Halayudha. This day is also known as Hal Sashti and Lalahi Chhath in North India. In Braj region this day is popularly known as Baladeva Chhath and in Gujarat this day is observed as Randhan Chhath.