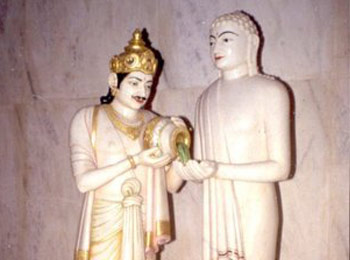 Among the various Jain celebrations, the Ashtahnika involves a vital place. It is one of the most established Jain custom observances that can be followed. Since Mahavira, the propagator of Jainism is considered by a few people as an incarnation of the Hindu God Vishnu, the Ashtahnika days are likewise viewed as promising by the Hindus. Among both the groups of the adherents of Mahavira, Shwetamvar and the Digambars, this celebration possesses an extraordinary place. The Ashtahnika is the eight day that happens one in four months; in Ashadha, which is June and July according to Gregorian calendar, Kartika which is October and November and Phalguna which is February and March. This well-established celebration is just alongside significance to Dashalakshanaparva.