Vaikunta Ekadashi: The Day Heaven’s Door Open For All 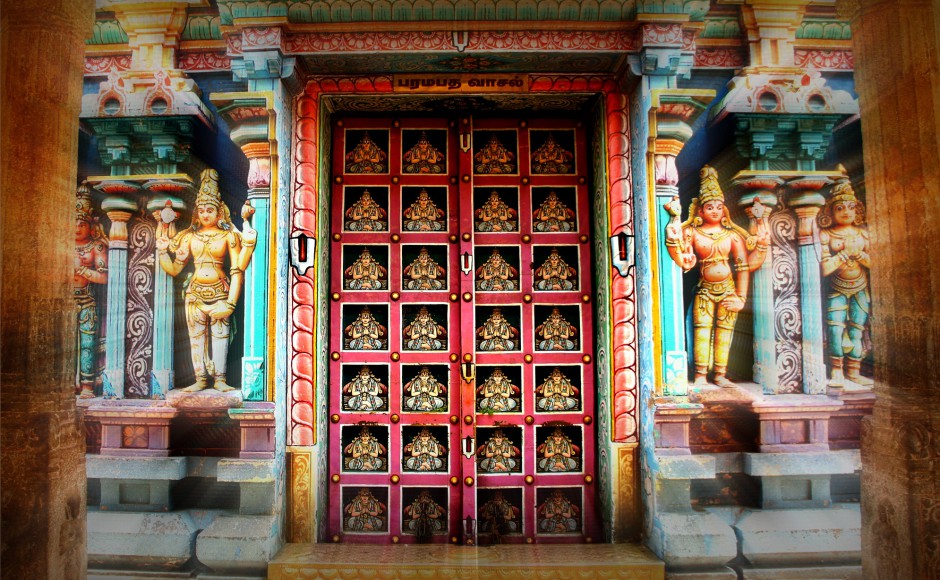 To those with a pure heart, the gates of Vishnu’s abode are always open. But on a precious few days, it is said, that passage is open to all, allowing devotees to more easily reach Vaikunta, the abode of Maha Vishnu. This is the essence of Vaikunta Ekadashi, a festival marked by fasting, devotion and pilgrimage to famous temples, when devotees draws closer to God in a most personal ways.

Vaikunta is said to be the abode of Maha Vishnu and as a result, it is considered to be very special. On this particular day, special poojas are conducted in God Vishnu Temples in India, where Vaikunta Dwaram or Vaikunta Vaasal (entry to Heaven) is opened for Darshan.

In an ancient story, Ekadashi is a devi, or angel, born of Vishnu’s mind, a fierce defender of righteousness, a protector of those in need. Strengthened by unfailing devotion to God Vishnu, she was feared by the forces of evil and ignorance. Vishnu offered her the boon of being rich, famous, powerful and beautiful in the world of mortals. But she declined, saying she wanted only to share her blessings with humans who fast and pray to Maha Vishnu on Ekadashi. Vishnu granted her wish, decreeing that anyone worshiping him by fasting on the eleventh day of the moon would be allowed access through the celestial gates. In the epic Mahabharata, Lord Krishna relates Ekadashi’s story to King Yudhishthira, praising her and recommending fasting as an ancient and effective spiritual practice.

On the day of Vaikunta Ekadashi, one of the important rituals practiced is the opening of Gateway of salvation in the early morning at Vishnu Temples in India. The gateway is usually placed on the northern side of the temples. Some of the well renowned temples that attracts more than thousands of devotees on this religious day are Srirangam Sri Ranganatha Swamy Temple, Tirupati Venkateshwara Temple, Sree Padmanabhaswamy Temple at Thiruvananthapuram in addition to all temples of Mahavishnu.

Science explains why we fast of Vaikunta Ekadasi

Why can’t we eat rice of Vaikunta Ekadasi?

Science explains why we fast on Vaikunta Ekadasi