in Did you know?, Hinduism, Practices, Slokas, Uncategorized
Mantras, meditation, om, self improvement, slokas
SUBSCRIBE TO OUR SPIRITUAL BLOG 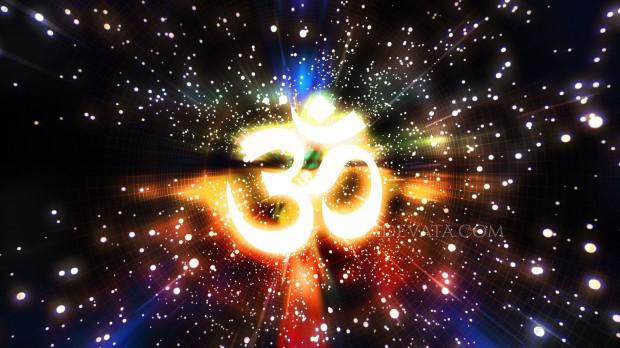 Om is a mantra, or vibration, that is traditionally chanted during any Hindu Ritual. Originated from the Hindu scriptures, the mantra is considered to have high spiritual and creative power but despite this, it is a mantra that can be recited by anyone. It’s both a sound and a symbol rich in meaning and depth and when pronounced correctly it is actually AUM.

HOW IS IT CHANTED?

The mantra OM or AUM consist of 4 syllables: A, U, M, and the silent syllable.

The first syllable is A, pronounced as a “awe” which is sustained for a short time period. The sound originates from the back of your throat and is stretched out. You will start feeling your solar plexus and chest vibrating.

The next syllable is U, pronounced as a prolonged “oo,” with the vibration and the sound will gradually move along your upper palate and you will slowly start to feel your throat vibrate.

The third syllable is M, pronounced as a prolonged “mmmm”. While pronouncing this syllable, your teeth must be gently touching each other. As you enunciate, the top of your throat will begin to vibrate.

The three syllables of of AUM is said to embody the divine energy which is more commonly known as Shakti, and the 3 main characteristics are creation, preservation and liberation.

WHY DO WE CHANT IT?

AUM is considered to be the sound of the universe, and it is believed that by chanting the mantra, we are physically and spiritually in sync with the various elements of nature and the universe.

One can reap positive benefits by chanting the mantra. While chanting the OM, the body’s nervous system slows down and creates a calming effect on the mind which is also caused by meditation. By doing so, the condition of the heart improves as a direct result of a relaxed mind and decreasing blood pressure.

Finally it is also a way to delineate the time of our practice from the rest of our day and signify that this is a special time in which to care for ourselves and practice being mindful.

CHANT THE OM MANTRA AND REVITALIZE YOURSELF. CLICK HERE

Find out the meaning and the power of Vakratunda Mahaakaaya

The meaning and significance of Sage Agastya’s Saraswathi stotram