How To Perform Lakshmi Puja This Diwali 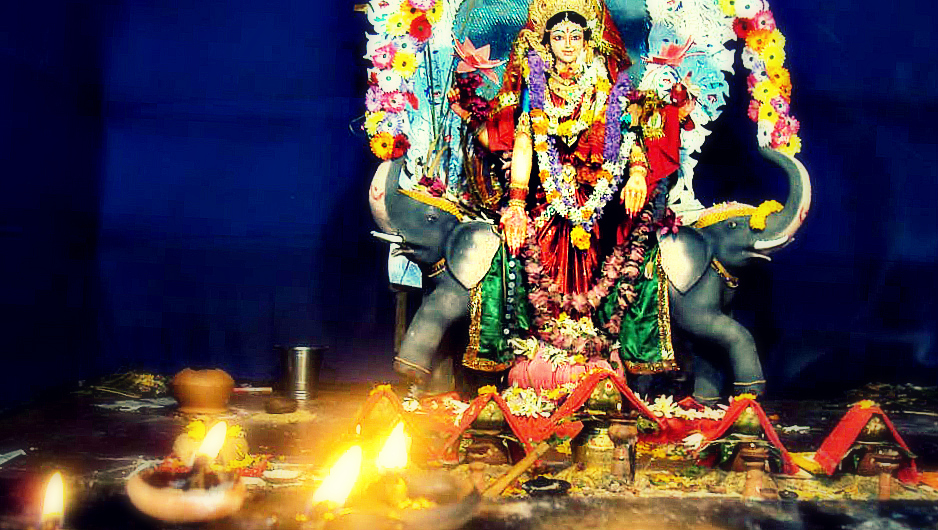 Diwali, the festival of lights is celebrated with several rituals. But, one that resonates with all the Hindu devotees during this celebration is worshiping Goddess Lakshmi and performing the auspicious Lakshmi Puja.

Goddess Lakshmi, the daughter of sage Bhrigu, took refuge in the ocean of milk when all the gods were sent to exile. She was reborn again when the ocean of milk was churned by the devas. On witnessing her beauty, all the gods were mesmerized and fell in love with her. God Shiva wanted Goddess Lakshmi as his wife, but since he already had taken the Moon, her hand was given to God Vishnu, whom Lakshmi herself preferred.

Goddess Lakshmi is renowned as the Goddess of wealth, light, beauty and good fortune. While she is worshiped to achieve success and wealth, she does not bless and reside long with people who crave for materialistic wealth.

In this post, we will delve in the ideal way to perform the Lakshmi Puja this Diwali and seek the blessings for a more prosperous and successful life. The following steps are to be adorned to worship Goddess Lakshmi…

The first step followed for the Lakshmi Puja is to spread a cloth on a raised stage and place a modest amount of grains in the middle and, on this, position the kalash made of either gold, silver, copper, or terracotta. The kalash must be filled three-fourths with water and in addition to it, a betel nut, a bloom, a coin, and some rice grains are placed in it. Arrange five sorts of leaves or mango leaves in the kalash. On top of the Kalash, place a small plate which is filled with rice grains. Once this is completed, draw a figure of a lotus with turmeric powder on the rice and place the icon of Goddess Lakshmi on top of it along with some coins.

In front of the Kalash, the idol of Ganesha must be placed on the right hand side facing the southwest direction. Along with the idol of God Ganesha, it is advised to keep books related to your education or occupation on the platform. The puja is initiated by offering haldi, kumkum, and flowers to the platform where the kalash is positioned. In order to invoke the river goddess to be present in the water stored in the kalash, haldi, kumkum, and flowers are also offered to the water. 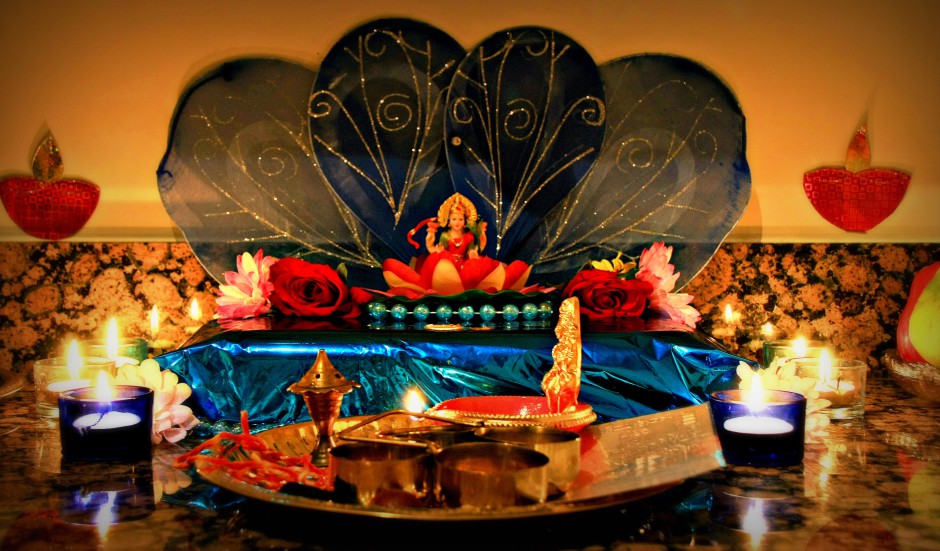 The following step is performed to invoke Goddess Lakshmi. This can be achieved by chanting the Lakshmi mantras mentioned in the Puranas or by chanting her name repetitively while closing the eyes and visualizing her. Then flowers are offered to the idol of the Goddess. Next, the idol of Lakshmi is placed on a plate and it is bathed with water, panchamrit (a mixture of milk, curd, ghee or clarified butter, honey, and sugar) and then with water that contains some gold ornament or a pearl. The Idol is wiped clean and placed back on the Kalaash.

During the course of the puja, several offerings are made to the Goddess Lakshmi. In the beginning stages sandal paste, saffron paste, perfume, haldi, kumkum, abeer, and gulal are offered to the Goddess. Marigold flowers and leaves of Bel (apple wood tree) are especially used as offerings. In order to revel in the spiritual essence, the incense stick is lit up and more offerings are made in the form of sweets, coconuts and fruits.

In the final stage of the puja, the aarti is performed to Goddess Lakshmi. An unknown fact about Goddess Lakshmi is that she is easily disturbed by loud noise, so make sure to ring a small bell while performing the aarti. Over the course of the puja, a peaceful and serene atmosphere must prevail and once the puja is completed, it is strongly advised not to burst cracker immediately.

THIS DIWALI, TO GET THE BLESSINGS OF GODDESS LAKSHMI, CLICK HERE.

The story of Goddess Lakshmi

Rituals during Deepavali! – Why is an oil bath mandatory on Diwali day?