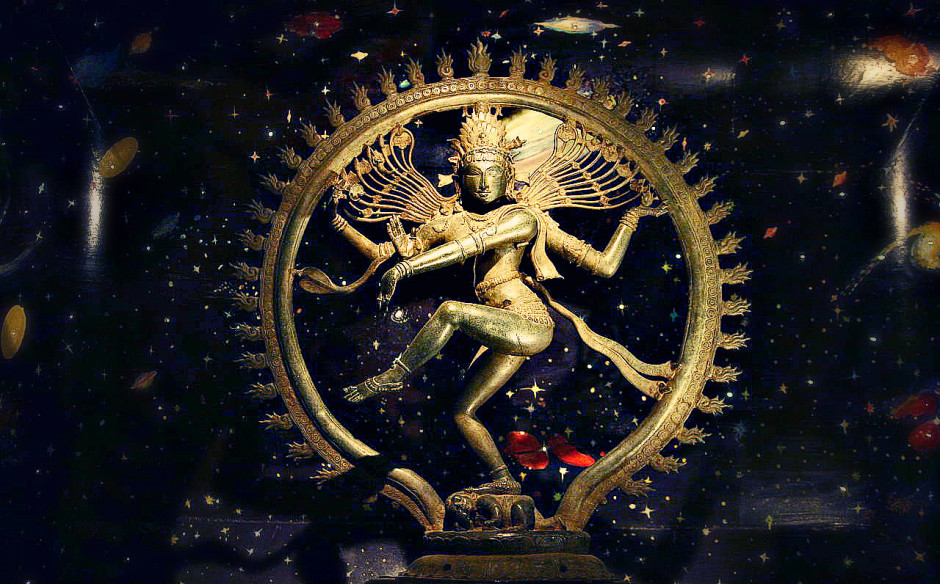 God Shiva, the Hindu god of destruction is worshiped in various forms. But, the most recognized art representation of God Shiva is as a dancing figure within a circle of fire, which is more commonly known as Shiva Natraja, Lord of the dance. Statues and sculptures of this form are present in various places due to its spiritual and hidden significance.

In this form, God Shiva undertakes the role of Creator, Preserver and Destroyer. The first time this dancing figure appeared to be in the 5th and 6th century CE. But it was not until the 10th century, the familiar freestanding representation of God Shiva became standard. Typically found in bronze, Shiva can be witnessed dancing in a circle of flames which represents time. The time is seen as a circle to symbolize the Hindu belief that is both cyclical and never ending. Initially, the ring was found to be more arch-like. Eventually, a perfect circle became the norm.

This dance performed by God Shiva is known as the Tandava, the cosmic dance which both creates and destroys the universe. The energy and the wilderness of the dance can be seen represented by his bent knees and extravagant spreading of the god’s hair. Within God Shiva’s hair locks, a skull, a Datura blossom, and a crescent moon can be found which represents the belief that Shiva is ever present. Even more, prominent is the figure of Ganga, the personification of the river Ganges, who, according to Hindu mythology, was brought gently from the heavens down to earth in the god’s hair. Sometimes the god’s hair is topped with a fan of konnai leaves. 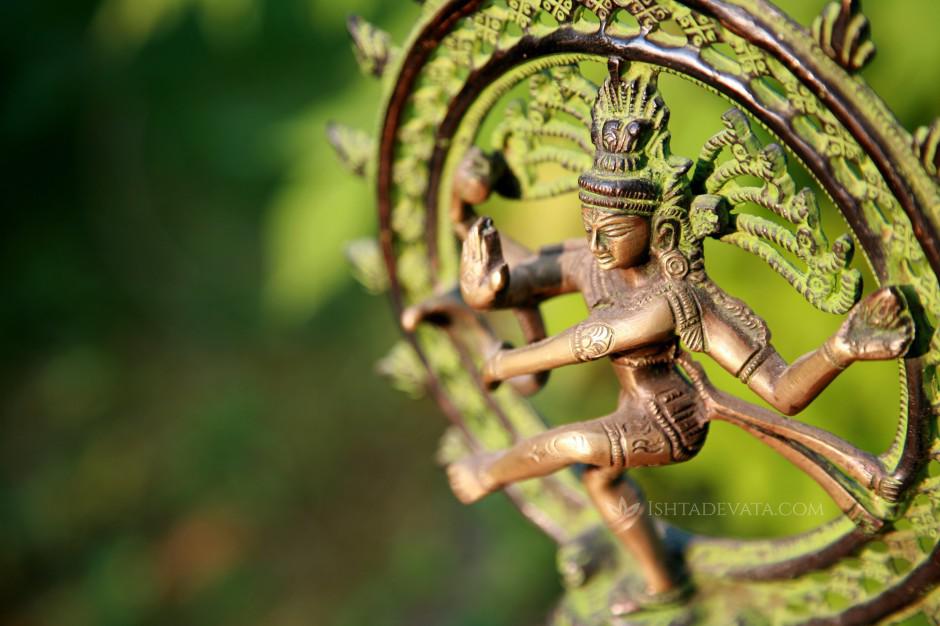 God Shiva in this form provides his own music. He can be seen holding a small drum – the damaru which provides not only rhythm, but also reminds that it was this drum which made the first sounds of the creation. The beat of the drum is said to represent the heart beat of the cosmos, the maya. Conversely, in Shiva’s upper left hand he holds Agni, the divine fire, which will destroy the universe.

The lower right hand of God Shiva makes the Abhaya mudra gesture of blessing which calms all fears, and the lower left arm sweeps across his torso with the hand pointing to his left foot indicating the Gaja hasta, the symbol of salvation and liberation. Shiva’s right foot can be seen standing on the dwarf figure Apasmara Purusha, who is seen holding a cobra and who represents illusion and ignorance, leading humanity away from the truth. The cobra motif is recurrent and hangs slain from Shiva’s right arm. The god normally adorns only a short dhoti which is tied around his waist with a sash. Typically, the two ends of the sash billow to the god’s dancing movement and reach out to join the ring of fire.

The image of Shiva as Nataraja was very famous during the Chola period, when craftsmen created the figure sculpture in bronze in large quantities and, measuring up to 1.4 metres in height, they were often carried and showcased in religious processions and festivals to represent the god. Early examples can be identified by the straightened sides of the ring of fire, as mentioned above, but also by the absence of Ganga and the fact the individual flames have only three points. In the sculptures of God Shiva, which were created later, he also wears a bell around his standing leg. The dancing figure of Shiva Nataraja has become perhaps the most recognized icon of Hinduism, and the bronze sculptures are still produced today in parts of southern India and mainly around Chidambaram where ancient legend tells that Shiva once performed his dance of creation and destruction in a grove of Tillai trees.

To learn more about of God Shiva and his appearance, click here.

Importance Of Jyotirlingas In Hinduism