Importance Of Sun Worship In Hinduism

In our religion of Hinduism, the sun is referred to as the ‘Soul of the World’. In Hinduism, which is rich with different customs and beliefs, is worshiping of the sun faith-based or is there a justifiable scientific reason behind it?

The rituals dedicated to the sun begin as the sun rises. Our spiritual ancestors would offer water in a ‘Lota’ (round copper utensil). The pouring of the water would create a flowing film, as a result the light from the sun would generate seven colours due to refraction. It is believed that this is helpful to the eyes, vitalizes the body and purifies the mind.

According to spiritual texts of Hinduism, it believed that Human body is made up of 5 elements: earth (prithvi), water (jal), fire (energy), air (vaayu), ether (aakash). For a healthy and happy life, there needs to be an equilibrium among the various elements. Sun is one of them, the rays are highly vital for the seven chakras of the body.

In the Rig Veda, it clearly mentions the sun is the source of energy for all the living things in the world. The Gayatri Mantra is addressed to the Surya Deva to remove ignorance and to strengthen the mind. The sun is considered as a symbol of self god. A self god illuminates his mind, intellect and body. Similarly, the sun illuminates the world.

In the Vedas, it also states that water offered to the sun during the evening converts into stones that eradicates all demons, and by demons they refer to medical illness that consume human body and mind such as typhoid, TB, pneumonia, etc. When a devotee takes water and offers to the sun while facing the sun, the rays fall from the head to the feet of the devotee in a uniform flow. This way, the water is heated by the sun’s rays and its colours permeates every part of the body. 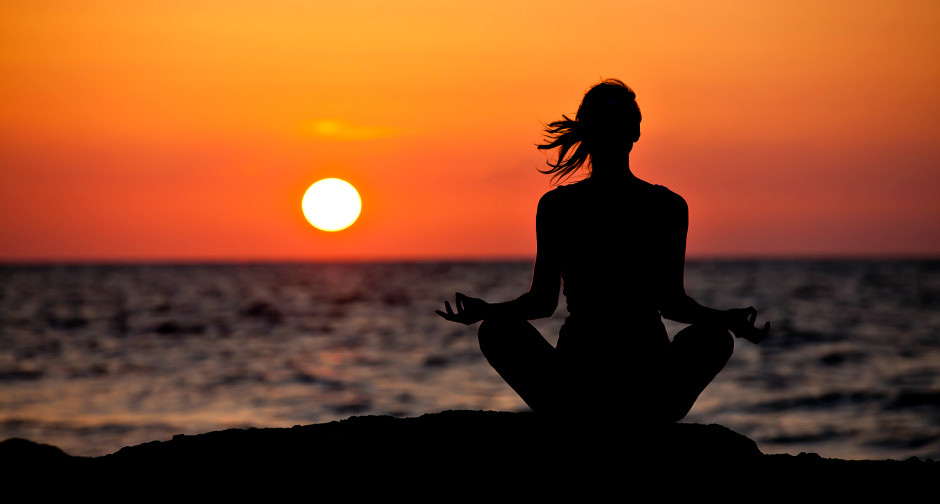 Modern science now validates the importance of solar rays on the human body. In colder regions, many people are seen suffering from Seasonal Affective disorder, especially during winters. Several people even go through solar therapies in order to alleviate moodiness and depression. Recent research inferences have clearly indicated the improvement of blood circulation, metabolism and body function as a result of exposure to Sun rays. The influence of solar rays on human body clearly shows that there is more to sun worship than what meet the eye.

It is scientifically proven that exposure to early morning sun rays is good for human beings, after all, human body is also a bundle of energy. Several diseases can be cured by the use of sun rays. The Rig Veda says, it is the sun that wakes one up from sleep and acts as the source of energy that enables everyone to work and be active. In simple terms, all living beings depend on the sun.

Check out the video below and learn the Sloka dedicated to Surya Bhagavan.

3 Comments on “Importance Of Sun Worship In Hinduism”