In this post, we will looking into Hanuman and the key role he played in ensuring victory to the Pandavas in the battle of Kurukshetra.

When ever we hear the name Hanuman mentioned, we immediately think of the Hindu epic of Ramayana. Interestingly, we can also find Hanuman mentioned in great epic of Mahabharata as well. Hanuman is considered as the brother Bhima as they have the same father, Vayu. Hence, Hanuman is first mentioned when he meets Bhima during Pandava’s exile. The second time, he is mentioned when Hanuman protects the Arjuna’s chariot. 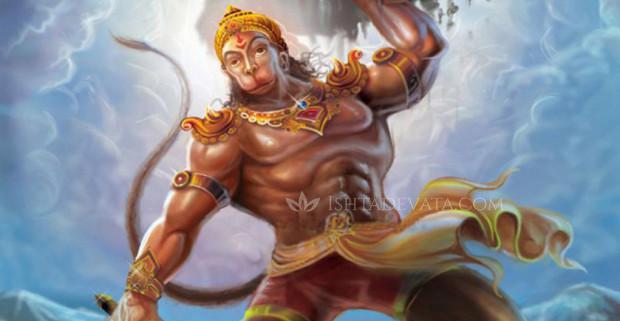 Bhima first met Hanuman, when he set out to search for the Saugandhika flower as requested by Draupadi. During his search, he came across a big monkey lying down in his path. On requesting the monkey to move, the monkey responded by saying he is too old and cannot move on his own and asked Bhima to move his tail if he wanted to progress any further.

Filled with contempt, Bhima tried to move the tail with his mace. But the tail did not move an inch, and after several attempts Bhima realized this was no ordinary monkey and asked for his pardon. In response, Hanuman revealed his true form and blessed Bhima.

In another episode of Mahabharata, Hanuman encountered Arjuna in the form of a normal monkey in Rameshwaram. Arjuna, on witnessing the bridge built by Ram to Lanka, wondered why Ram resorted to Hanuman to build the bridge. He added by stating, he could have build a stronger bridge with arrows. On hearing this, Hanuman criticized Arjuna and challenged him to built a bridge strong enough to hold one person. Arjuna on taking up the challenge said he would jump into fire if he failed. 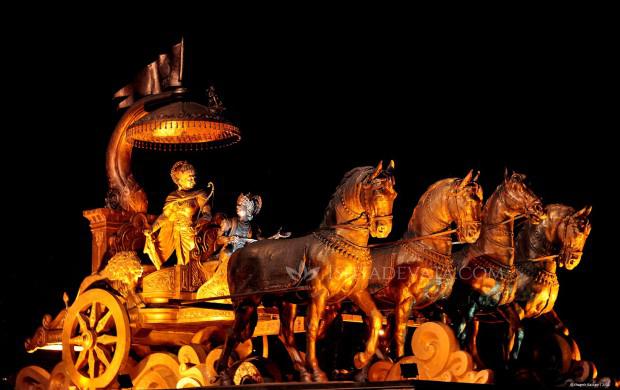 Once Arjuna finished building the bridge, Hanuman stepped on it and the structure collapsed instantly. True to his word, Arjuna decided to end his life. On the verge of doing so, God Krishna makes an appearance and with his divine touch, he reconstructs the bridge and challenges Hanuman to walk through it. This time the bridge withstood the might of Hanuman. Thus, Hanuman came in his original form and promised to aid Arjuna by perching himself on a flag which will be placed on top Arjuna’s chariot throughout the course of the war.

On the last day of the way, God Krishna requested Arjuna to step out of the chariot before thanking Hanuman for his help. As soon as Hanuman got off the chariot, it burst into flames. Krishna informs Arjuna that his chariot would have burnt long before if it was not for Hanuman who protected him from the might of all celestial weapons.

Thus, we find that Lord Hanuman is not only one of the central characters of Ramayana but is also a crucial character who contributed to Pandava’s victory.

CLICK HERE FOR THE LARGEST LISTING OF HANUMAN TMEPLES IN THE WORLD.

5 Characters Who Appear In Ramayana And Mahabharata

Was Vali From Ramayana Responsible For The Death Of Krishna In Mahabharata?

1 Comments on “Hanuman’s Cameo In Mahabharata”