When God Shiva Made The World Stand Still 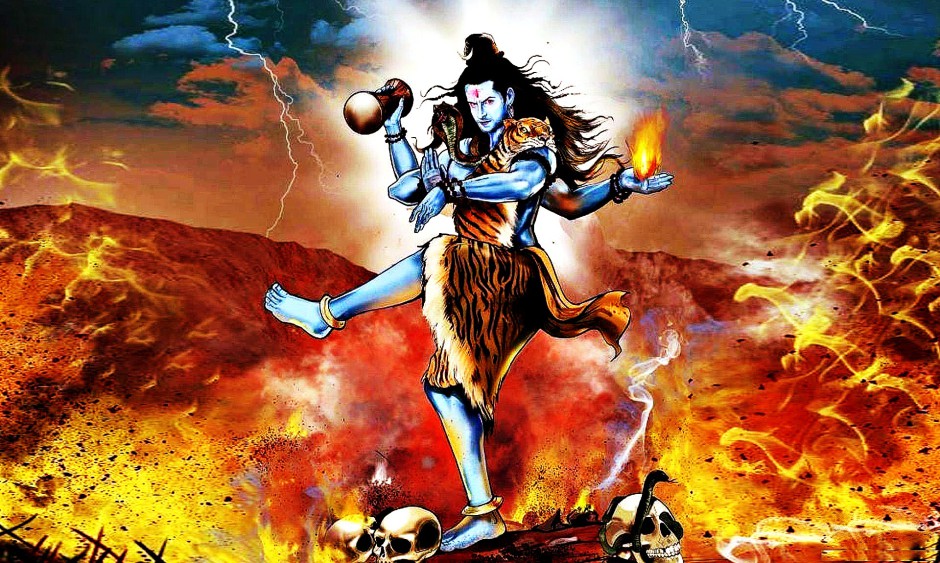 When the Krita-Yuga ended, the celestials planned to conduct a great sacrifice to improve and increase their own powers. Abiding by the rules and laws written in the Vedas, they duly organized the sacrificial altar and collected all the essentials for the Yagna. According the Vedas, a share of the sacrificial offerings has to be allotted to each deity, in proportion to their power and influence.

However, unaware of the significance of God Shiva, the celestials considered him irrelevant, and overlooked him during the sacrifice. No part of the sacrificial offerings were allotted to him. On hearing about this God Shiva became enraged and in anger, he developed a powerful bow that was five cubits long, and whose string was embedded with the essence of a sacred Mantra known as Vashat.

Equipped with this bow, and his infallible arrows, he entered the sacrificial altar. On seeing the enraged God, the immortals fled the scene in fear. As a result of God Shiva’s anger, the Goddess earth trembled. As Vayu was terrified the life-giving wind ceased to move and as a result of Agni’s stupefaction, the sacrificial fire, although fed with clarified butter, did not blaze forth. The planets uncontrollably swerved from their ordained courses and the Sun and the Moon lost their magnificence. The world was filled with gloom and despair.

On witnessing God Shiva and his unstoppable motive for destruction, the deity that was the personification of the sacrifice took the form of a deer and fled away, accompanied by Agni. God Shiva followed them both and constantly perturbed them with his arrows.

With Agni and the sacrificial deity destroyed, the immortals started to lose all their powers. As a result, their luster faded away, and they began to decay rapidly. God Shiva then focused on the celestials and with his bow, he broke the arms of SavitriSurya) and plucked out the eyes of Bhaga. He broke the teeth of Pushan. He then whirled the horn of his bow, and laughed aloud, paralyzing the assembled celestials.

There was chaos everywhere and all the remaining gods fled away from God Shiva’s path of destruction. To counter God Shiva, they made an united stand, and combining all their power, they somehow managed to break the string of Shiva’s bow. In the brief respite that ensued, they sought refuge with him, and by singing his praises, tried to console him.

Pacified, the sympathetic Shiva forgave the immortals and allowed the sacrifice to proceed. He restored the arms of Savitri, the eyes of Bhaga and the teeth of Pushan. Since that day, it has been prescribed that no sacrifice is complete without an offering to the almighty God Shiva.

NATARAJA : THE SYMBOLISM OF DANCING SHIVA