Ramayana, one of the most famous Hindu epic, is not a just a story about how Ram saved his wife from the demon king Ravana. There are several side stories that bring to light, people that are hardly spoken about and the characteristics of the main characters that we do not know. In this post, check out some unheard stories of Ramayana which will give you a different perspective.

HOW LAKSHMAN STAYED AWAKE FOR 14 YEARS 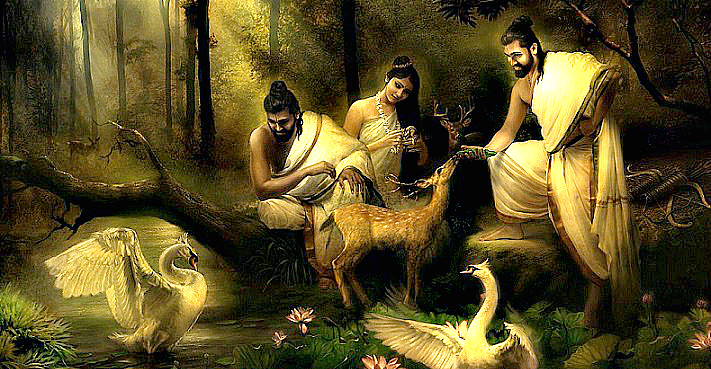 When Ram and his brother decided to leave the kingdom for exile, Urmila, Lakshman’s wife wished to accompany her husband. But she was asked to stay behind by Lakshman to which she obliged. During the exile, Lakshman wanted to protect his brother and Sita, day and night without falling asleep. In order to defeat the temptation of sleeping, he approached the Goddess of Sleep – Nindra. He asked her to overlook him for the next 14 years. The goddess agreed under the condition that someone else should take his place and compensate. Lakshman recommended his wife, who immediately agreed to take up Lakshman’s sleep.

Lakshman’s wife, Urmila slept for 14 years till the day of Ram’s coronation. If not for her sacrifice, Lakshman would never have been able to slay Meghnath as Megnath was granted a boon that he could only be killed by Gudakesh: the one who defeated sleep.

WHEN RAM SENTENCED HANUMAN TO DEATH 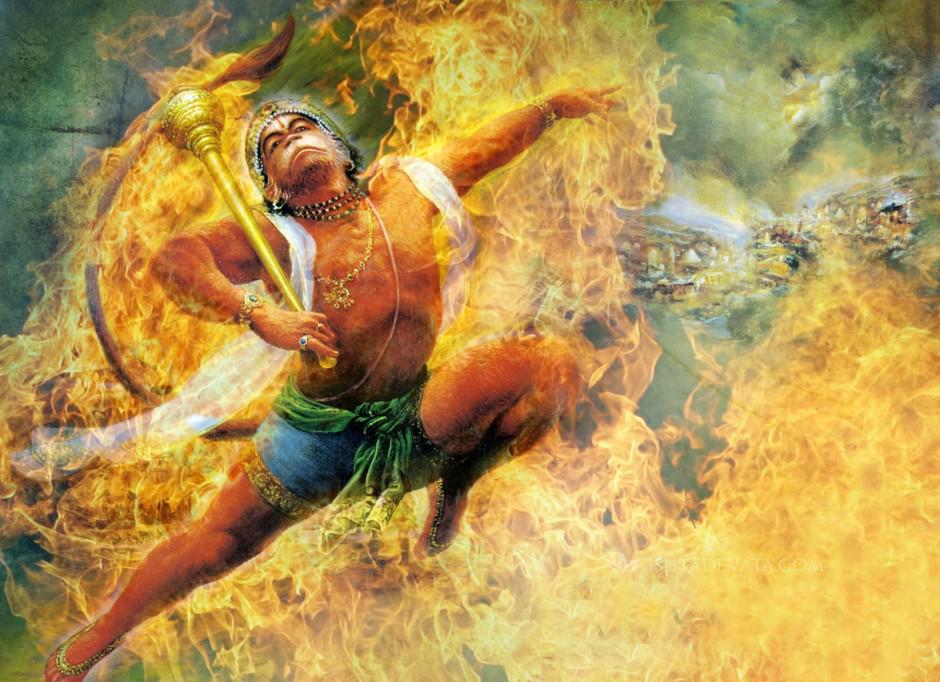 When Ram became the King of Ayodhya, during a court session, Narada who was known for creating disharmony between Rama and Hanuman, suggested to Hanuman to great all sages except Vishwamitra, at the time of adjournment, as he was a king once. Abiding to Narada’s suggestion, Hanuman greeted all sages and overlooked Vishwamitra.

Following this, Narada went on and instigated Vishwamitra. As a result, he became angry and asked Ram to punish Hanuman to death for disrespecting him. Vishwamitra, being Ram’s guru, Ram could not disobey the command and sentenced Hanuman to death by arrows. During the session, none of the arrows were able to harm Hanuman as he kept chanting ‘Ram’.

Since Ram has to fulfill his Guru’s order, he decided to use the Brahmastra. To everyone’s surprise, even the most powerful weapon was not able to harm Hanuman as he kept chanting Ram’s name. Witnessing his devotion, Narada accepted his mistake and confessed to stop the killing. 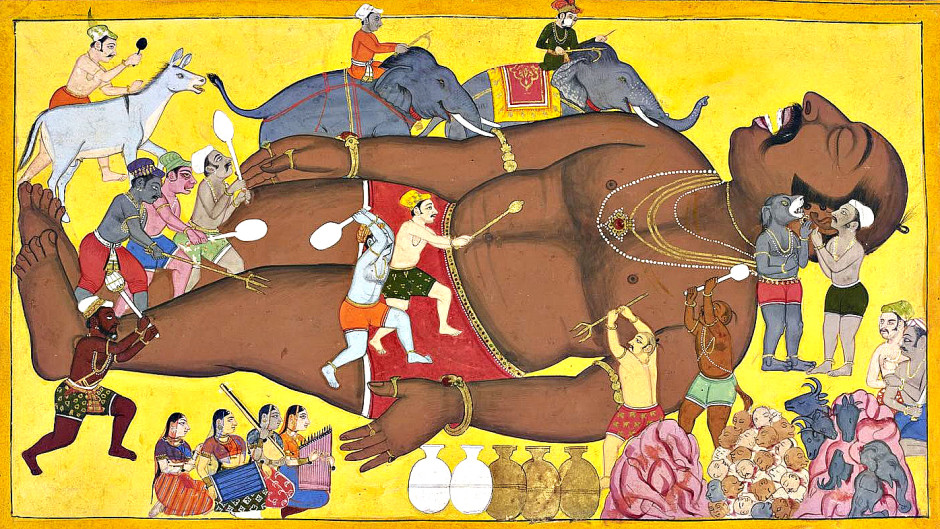 Brahma impressed by the devotion of the Ravan, Vibhishan and Kumbhakaran, granted them a boon. On hearing this, God Indra, who was jealous of Kumbhakaran’s wit and valour, feared that he would wish for Indra’s Indrasan – the kingdom of the heavens. To stop Kumbakaran, God Indra requested Goddess Saraswati to tie Kumbhakaran’s tongue, compelling him to ask for eternal Nindrasan. As a result, Kumbhakaran the boon of eternal sleep.

On seeing this, Ravana requested to Brahma to undo the boon as he saw it as a curse. Brahma did undo it, but under the condition that Kumbhakaran would sleep half year straight and during the rest of the year, he would spend his time eating. During the battle of Lanka, Kumbhakaran was asleep and in order to wake him up, thousands of elephants walked over him.

WHEN RAVAN PRAYED FOR RAM AND SITA

Why were Ram and Sita separated and why did a monkey come to their rescue?

5 Comments on “3 Unheard Stories Of Ramayana”